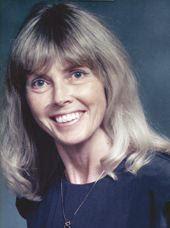 Almost eight months later, I'm still processing. Some days it's real, other days it's not. I dream of her, I feel her presence in her house, I see her in every holiday decoration, and bunny rabbit (her favorite animal). Her death happened so fast none of us had really any time to even blink. She died in the hospital with her family surrounding her. There were about 20+ people spilling out of her ICU room into the hallway, and we were still missing people who wanted to be there. I think the hospital was a bit overwhelmed by our presence to say the least.

As soon as I had been made aware of her situation earlier that week, I came to the hospital. She was groggy when I first saw her, but alert enough to tell me she loved me and that I needed to carry on. I know it will sound weird, but I feel that in the moment we both knew, this was it.

Truth be told, I think she's known for the past five years. In 2009 - 2010 she battled colon cancer and won, for a time. It's not any easy thing to accept, but the Lord gave me so much peace in that moment in the hospital. I am grateful for every moment Grandma and I had together. I am incredibly sad to see her go, but even sadder for those she has left behind. It has taken a huge toll on her entire family.


She and I were very close. I was always a Grandma's girl. Even my middle name is her name. She was more than just my grandmother, she was a mentor, a life coach and number one fan. Our relationship is one of those few things in life I don't really have words for, it was incredibly special. Her love, morality, and encouragement helped me to become the woman I am, and the one I'm still transforming into. To anyone who knew her, she was the most beautiful person. Her smile was the most radiant I've seen in this world. It still sends light through her photographs even after death. Knowing my mother's mother so well makes me sad I never even got to meet my father's mother, but that's a story for another day.


She was a movie person too, and that was something we shared together. I am grateful she got to see one last movie at the Harkins Camelview 5, her favorite movie theater. This week the theater is closing to ultimately be torn down. I can't think of many places she liked going to as much as there, so a part of me is glad she'll never have to see it destroyed. In her last e-mail to me, she told me all about the movie she saw. It's still in my inbox. To this day, I catch myself thinking, "I need to tell Grandma to see that!" whenever I'm at the theater. Shortly after, reality slaps me with the cold truth, I cannot tell her anything anymore.

Sometimes I find myself ready to go to her house and talk. Could we just have one more conversation? But in my heart, I know I am okay. We left things as they always were, which was always good.


I am grateful for every meal, every pie, every cake, every bowl of taboule, and every delicious and delightful thing she made in the kitchen. She may not have been famous or served her meals to celebrities, but she poured her entire being into the food she created and there will never be it's equal in this world again. Her recipes live on in her cookbook, that thankfully we all have a copy of. I suck at cooking, but I hope that I can take her knowledge and teach myself to also prepare great meals with great love. I know a lot of people say this about their grandmothers, but she was truly the best cook in the world. Even the Lebanese family she married into said she made their food better than most Lebanese people. Everything she made was pleasing to all the senses, but it was the love she added that made all her creations one of a kind.

I am grateful she loved the Lord. She had a servant's heart. She loved people and gave so generously with her time that it's a miracle she had any to herself. In her later years, she made it a point to extend the grace and forgiveness that had been extended to her. She never complained, never griped, never cursed. If I could sum her up in one word it would be LOVE, and she was a mirror reflecting the love of Christ. In Isaiah, Christ is described as a lamb who never made a sound, even under affliction and and transgression, this is a quality she embodied to her last breath. Like any other human, she was by no means perfect, but she was a rarity.


She served faithfully every Sunday at her church, ushering people in, picking up kleenex off the floor, helping people get around. We had her funeral in the very same church she attended. It was beautiful, even in the garb of mourning.

Grandma's passing has been a symbolic time for me. It's like an entire act of my life is over. Strange to happen in the summer I turned 30 and began a new season of life. It's a bittersweet reminder of mortality and the changing of life's seasons. We all have to die, we all know it's coming, yet we get so ingrained in earthly life we often believe what we have is invincible.

Here today, gone tomorrow... life is like grass, vapor, a wisp of smoke. Solomon bemoaned this in Ecclesiastes, yet we don't grasp this reality until we have experienced death or deepest loss. Death is strange. I have never experienced it until now, and it's something so mind-boggling I still can't quite put it into words. The sting of death can vary depending on the age of the person, how they died, and the kind of life they lived.

...yet you do not know what tomorrow will bring. What is your life? For you are a mist that appears for a little time and then vanishes. - James 4:14

I always pictured Grandma being there to see my first feature film in theaters, but it's one of the many things I won't get to share with her. It's also sad to know that any children I might have will never know her... but I realize I can carry on her legacy. The sadness of her leaving is eclipsed by so much goodness from her time here on earth. 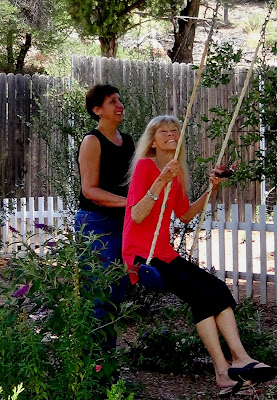 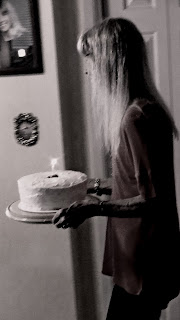 August 2014, my mom's birthday in Payson. Less than a year before her death.

Something that came to mind recently was Hans Christian Andersen's short story, The Little Match Girl. Disney also made a lovely short film of it. This was always a favorite story of mine since childhood, even though it's sad. I encourage you to read it for yourself, but basically it follows an orphan girl as she dies in the cold on the streets. In her last moments, she starts lighting matches to "keep warm," but what they really give her are hallucinations. She remembers her Grandmother's home, the food on the table, the Christmas tree... She keeps lighting matches just to see the warm house, and to see her grandmother. In the end the girl dies, but we're left with the image of her running into her grandmother's arms wherever their spirits dwell. I could totally relate to that as a kid, not because I was an orphaned girl on the streets, but because I felt the same way about my grandma as the little match girl.

The week she passed away I was bumming around on Pinterest, like I do, and out of nowhere stumbled upon this image (below). It shocked me because it was a bunny in the celestial sky. I mean who thinks of that? It's so random, but maybe it wasn't.

Is it possible to be grieving AND grateful? I definitely believe it is. I like to think this image was God's way of comforting me. As I said, they were her favorite animal, and every bunny I see makes me think of her. Her house was filled with them in figurines, plushies, paintings... She was called "Grandma Bunny" by her great-grandchildren and her famous bread rolls were affectionately named "Bunny Rolls." So, in the wake of her death, this image came to me. I'm giving a print of this to my family members this Christmas just as a reminder that she will live on forever.

And this is how I imagine her, a gentle creature in a celestial plain. 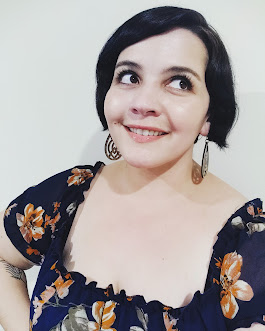 My name is Alexis, and I am a Storyteller. I have been telling stories since I could speak, and writing poetry, prose, and screenplays since I was about 8. A few of my screenplays have received recognition at film festivals internationally. I have also completed two novels. I am especially drawn to Asian cinema and television and I currently watch more Korean and Chinese dramas than I do American television. I was born in Arizona and spent most of my life in the Southwest US, but I recently moved to Los Angeles. I am a Christian Mystic, hopeless romantic, cultural dancer, world traveler, ocean fanatic, and deeply relational person. I enjoy having meaningful conversations over coffee, tea, or anything boba. Thanks for stopping by!